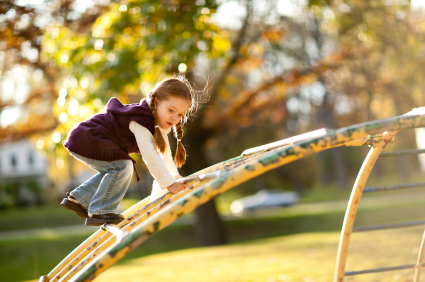 What does this mean for your child? When your little one (or big one) is acting out or shutting down, they are feeling extreme levels of threat and nervous system dys-regulation. Their brains and their bodies have literally moved into defense mode in order to protect them from the threat. When an infant or child has repeatedly experienced threats or stressers, his/her nervous system starts to literally operate at one extreme or the other (hyper or hypo-arousal) nearly all the time. This child has learned that in order to survive, he has to be poised to fight/flight/freeze at all times. When a child is in an aroused state of being, he cannot think rationally and we cannot expect her to. What this means is that something seemingly innocuous can trigger a reaction that seems totally inappropriate to us “rational” adults. But to him, it’s his way of surviving in the world.

When we see adults who have been diagnosed with a psychiatric “disorder”, what we’re really seeing is extreme levels of nervous system dys-regulation that have become a way of being for the individual. Diagnoses, however, are based on external symptoms, which are only half of what’s really going on. Typically, when a person is exhibiting hyper-aroused behaviors (aggression, hyper-vigilance, anxiety…) he/she is actually quite hypo-aroused (shut down, numb, unmotivated, lonely, isolated) on the inside.  It is even theorized that children who are diagnosed with ADHD move and fidget as much as they do in an effort to wake themselves up from the numbness they’re feeling internally.

For children, play therapy is a place where they express their feelings and bring their hyper/hypo-aroused energy. They learn to recognize and name the feelings of dys-regulation, while also getting to have experiences of regulating their nervous systems. We can also help children learn to recognize these feelings and regulate their systems at home. Since they’re not capable of cognitive thought in this moment (just like you wouldn’t be thinking rationally if you were feeling threatened), we need to meet them at the level of their fear and overwhelm. Acknowledging that they are scared and feel hot/cold/numb/tense in their bodies is an excellent place to start. To help regulate the nervous system, the child needs to have experiences of the opposite state that he/she normally tends to be in. And, most importantly, as parents we can’t expect our kids to have regulated nervous systems if we are not making sure we are regulated ourselves. Read on for some examples of each state and some activities we can do to train our nervous systems to be healthy.